Don’t mix up with these two dragons


Dragonflies are generally larger and perched with open wings that are perpendicular to the body.

Compared to damselfly, its elongated body are much more flatter.  The eyes are very close to each other.

Most of them can’t walk well, but it’s believed to be one of the fastest flying insects in the world.

Dragonflies are predators.  They capture their prey in flight and prey on mosquitoes and other insects like bees, ants, flies, butterflies and moths just to name a few.  But it is also subject to other predators like frogs, birds, spiders and even their larger counterparts. 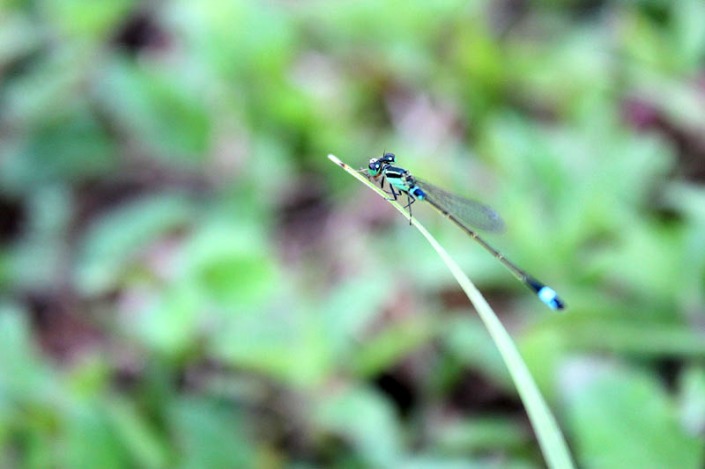 Comparing to dragonflies, damselflies are generally smaller in size and look more fragile in appearance.  Its body is long and skinny and usually ends with a dew form.

The wings are usually perch close and parallel to the body.

It is a weak flyer, eyes separated apart and they are predator too.  Their food consumption is equally small as of the predator.

Both are closely related group of insects.

12 thoughts on “Don’t mix up with these two dragons”

Amazing to capture these creatures & their surrounding color!!

You are welcome, Ryan! I just happen to come across this information and share with everybody! 🙂

^ – ^ thanks so much for your sharing,Sydney! I always love damselflies ,everytime they fly into my house,then I know the rain is coming 🙂 !

Today, we hardly see damselfly in Singapore. I remember when I was young I saw them in different color, red, green, blue and yellow are the rare.
They are very easy to catch, unlike dragonfly, catching them just like catching a real dragon! 🙂

Thank you! And please enjoy your weekend! 🙂

I think damselflies is cuter! 😛

Because it can be caught easily, unlike the dragon…:(