1) The Armenian Church of St Gregory the Illuminator 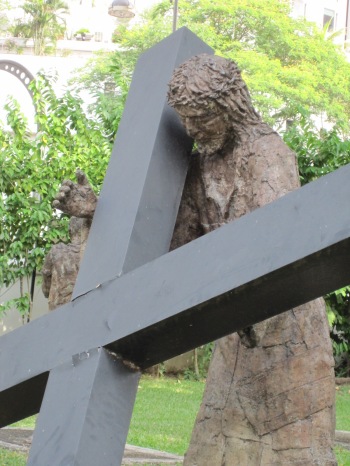 The sculpture reflects Jesus carrying a cross to sacrifice his life in order to protect his holy spirit. 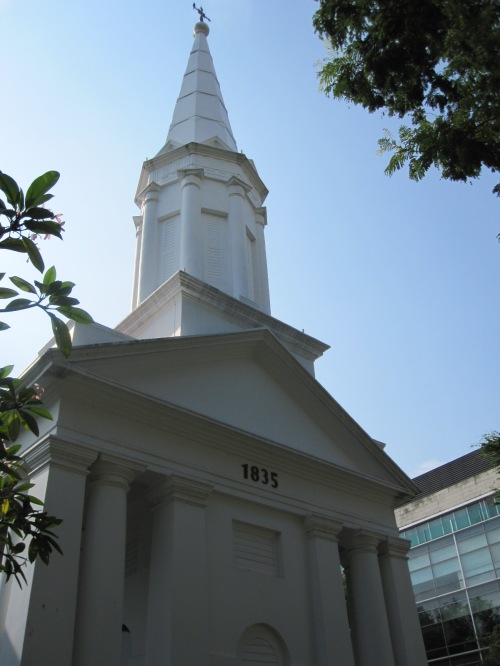 The Armenian Church of St Gregory the Illuminator, the oldest Christian Church in Singapore. It is sited at the foot of Fort Canning Hill along Hill Street.  The founder of this Church is an Armenian community living in Singapore in the 18th Century.

A few persons in this Armenian community must be named, they are the Sarkies brothers, Archak, Aviet and Tigran who were also responsible for the founding of the Raffles Hotel, the E&O Hotel in Penang and the Strand in Yangon.  Another person is Agnes Joaquim, the horticulturist who discovered Singapore first hybrid orchid in 1893 which today is known as Vanda Miss Joaquim as Singapore National Flower.  And also, Catchik Moses, the founder of The Straits Times, Singapore’s national English newspaper started in 1845, but one year later he sold it away as the press is not profiting. 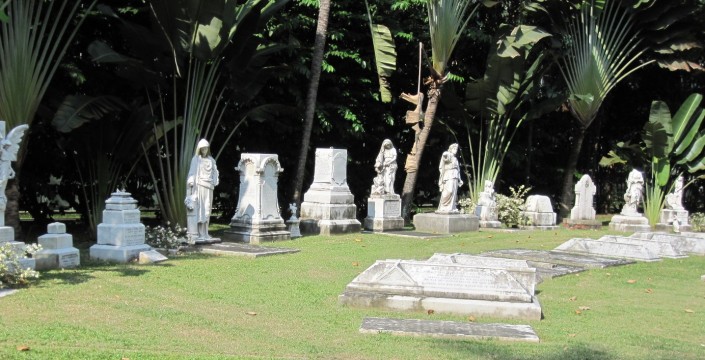 The abovementioned personalities were buried behind the Memorial Garden behind the church.  The tombstones were brought over when the Bukit Timah Christian Cemetery was exhumed in 1988 and now they are the Angels of this tranquil holy garden and holy land. 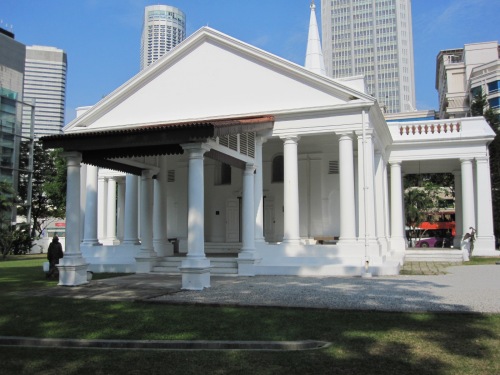 This beautiful building design by George Drumgoole Coleman, the man behind many Singapore’s historical buildings in the colonial era.  Now, the building is design by shades of memories.